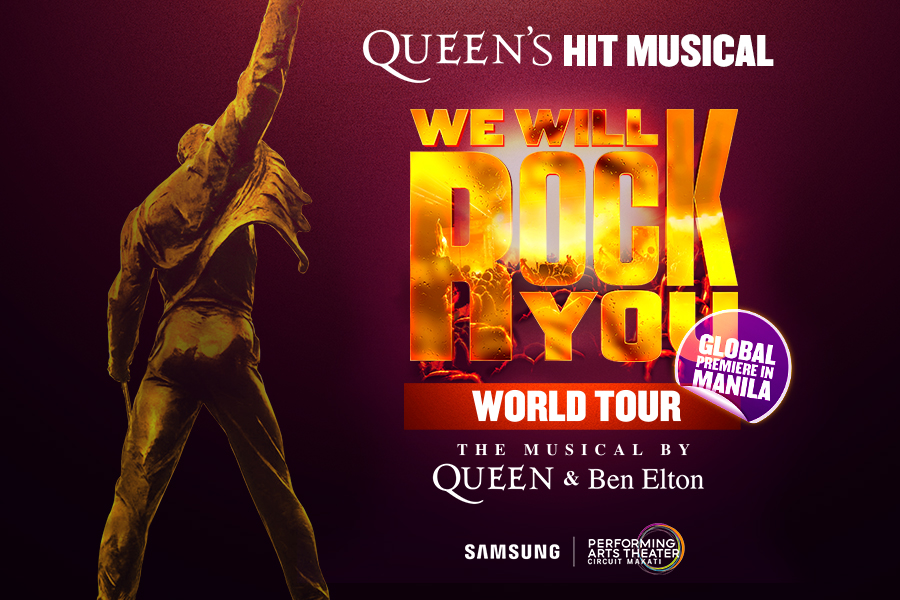 WE WILL ROCK YOU WORLD TOUR ANNOUNCES CAST

WE WILL ROCK YOU, Queen’s hit Musical opens in Manila next month!

GMG Productions is thrilled to announce the cast of their brand new production making its Global premiere in Manila this October.

“We can’t wait for them to bring new energy and a fresh take on these characters and their songs – iconic songs known the world over, and we’re confident their talent will deliver in a big way”

Rehearsals for this brand new production are underway – at the helm of the show’s Creative Team is one of the UK’s leading creatives, Tony-Nominated Nick Winston.

“It’s been a pleasure to be surrounded by such a collaborative team and company. It’s been fun to create the aesthetics with Tom, Sarah, and Doug and I’m looking forward to sharing our new vision of this musical with the world” shares the Director-Choreographer

As BPI advocates for theatre and arts, starting August 25, BPI credit cardholders can get up to 15% off on tickets to Wednesday, Thursday, Friday, and Sunday evening performances.

BPI Credit Cardholders can take advantage of the offers:

Tickets are on sale now at www.ticketworld.com.ph!

We Will Rock You follows two revolutionaries as they try to save rock music in a post-apocalyptic world. In an age where algorithms predict our every preference, We Will Rock You is a musical for our time: a fist-pumping, foot-stomping anthem to individuality.

This new rock-powered production features 24 of Queen’s biggest hits, including Killer Queen, Under Pressure, We Are the Champions, Radio Ga Ga, I Want to Break Free, Don’t Stop Me Now Bohemian Rhapsody, Another One Bites the Dust, and of course, We Will Rock You. With a futuristic-styled set by Tom Rogers, video backdrop by  Douglas O’Connel and fabulous new costumes from Sarah Mercade, this is sure to be an absolute smash hit.

MORE ON THE PRODUCERS:

Get a huge discount on all price categories!