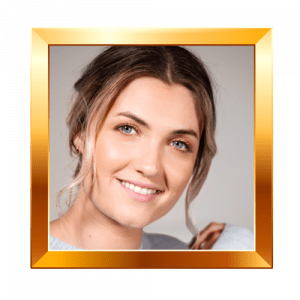 Erin is most well known for her current presenting role on NZ’s longest running children’s TV show, What Now. For the past four years she has been presenting LIVE on TVNZ 2 every Sunday morning, bringing plenty of gunge, fun and foam to homes all around Aotearoa!

She has always had a particular interest in musical theatre, devoting her tertiary studies to this and completing a Bachelor of Performing Arts at the National Academy of Singing and Dramatic Art (NASDA.) Erin has appeared in Court Theatre shows such as Cat in the Hat (2015) and Legally Blonde the Musical (2016/17.) Erin also danced as one of the Crusader Maidens and has worked regularly with Epic Entertainment performing in corporate and public events in Canterbury.

After taking on the role of Cinderella in the 2020 Christmas Pantomime, Erin is thrilled to be joining GMG Productions again in Beauty and the Beast. 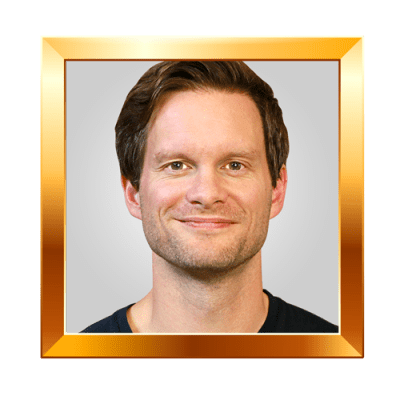 Cameron is a graduate of the National Academy of Singing and Dramatic Art (NASDA).

His professional theatre debut was at The Court Theatre in My Fair Lady and since then has performed in numerous productions. Most recently Cameron appeared in A Streetcar Named Desire; Jersey Boys and Once.

Cameron’s professional experience also spans television and music. He is the lead singer and acoustic guitarist of New Zealand’s premiere skiffle rock and roll band, The Goldonies. His television credits include Outrageous Fortune; Legend of the Seeker and One Night Only. 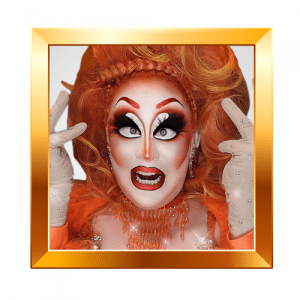 New Zealand’s Queen of Camp is Quirky, Kooky, Kitsch, Quick and Keen!  Kita Mean is the reigning winner of Rupaul’s Drag Race Downunder and has graced some huge stages including Sydney Mardi Gras, Broken Heel Festival (NSW) and hosting the official after party for Adele and her crew after her world tour (2018). 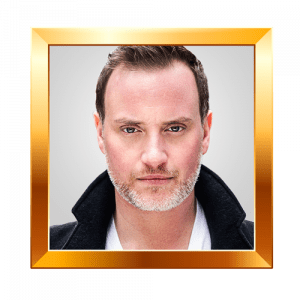 Hayden Tee hails from Maungaturoto in Northland but has made a name for himself globally as an acclaimed performer, makeup artist and recording artist in theatre, concert and cabaret throughout New Zealand, Australia, Asia, the U.K and U.S.A.

Hayden has performed throughout Australia as Cable in South Pacific; Professor Bhaer in Little Women, Thomas Andrews in Titanic, and Father Grenville in Dead Man Walking.

On the international stage, Hayden has taken on the roles of Jack in Being Earnest, Rutledge in 1776, Prince/Wolf in Into The Woods, Freddy in My Fair Lady, Arthur in Camelot, Hook/Mr. Darling in Peter Pan, Mason in Take Me Out, Bustopher Jones/Gus/ Growltiger in Cats and Stride/Jekyll/Hyde Alternate in Jekyll and Hyde.

Hayden has released three studio albums, ‘Hayden Tee’, ‘Generation whY’ and ‘Face to face” which are all available on all digital platforms. 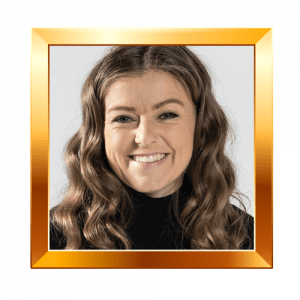 Rebekah has been working as an actor, singer and puppeteer across New Zealand and internationally since 2014. She is a graduate of the National Academy of Singing and Dramatic Arts (Bachelor of Performing Arts).

Rebekah played Glinda in the NZ company premiere of Wicked (Showbiz Christchurch) then went on to reprise the role in Invercargill (IMT) and New Plymouth (NPOS). 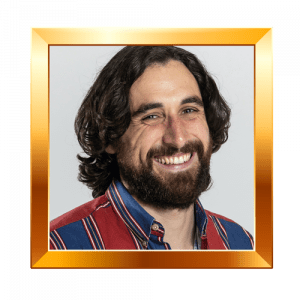 Edwin took over the role of Terry in the popular stage adaptation of The Thirteen Storey Treehouse for the US tour in early 2018, then again in Singapore in 2019. This production will return to Australia in early 2022. He has also toured New Zealand and Australia extensively with Room on the Broom (CDP & Tall Stories). Edwin is a proud member of Equity NZ. 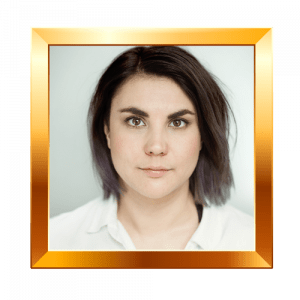 A graduate of Hagley Theatre Company and Toi Whakaari: New Zealand Drama School, Phoebe has been involved in a variety of performance projects over the past 10 years.

She is most well-known for her performance in punk-rock musical That Bloody Woman, and the Court Theatre season of Hedwig and The Angry Inch.

Phoebe is also a member of 48hr Film Festival Grand National winning team Snack To The Future, who won in 2019 with their film ‘A Familiar Feeling’.

As well as an established stage performer, Phoebe is an accomplished songwriter. She has released two solo EPs, performed at Homegrown Music Festival and was listed as a semi-finalist in the International Songwriting Competition in the performance category.

Phoebe is a proud member of Equity New Zealand. 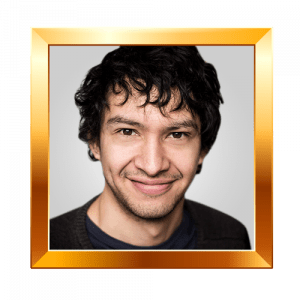 Trubie is a regular actor at the Court Theatre, appearing in The Princess and The Frog (and The Robber!) and The Wind in the Willows. He is also a Court Jester, performing in Scared Scriptless. His other theatre credits include King Arthur as the King himself and Treasure Island as Jim Hawkins (Rollicking Entertainment Ltd): He Kura Kōrero (Circa Theatre); The Bald Soprano (Arcade Theatre Company); Red Riding Robyn Hood and Shakespeare As You Write It (New Zealand Playhouse Tour 2018).

Trubie has performed as an improviser through New Zealand, the US and Canada. He was the Creative Director of Dunedin improv troupe Improsaurus and coached improv in Otago from 2008. Trubie returns from GMG’s 2020 production of Cinderella. 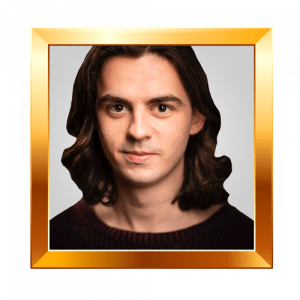 Jack Shatford is a graduate of the Western Australian Academy of Performing Arts (WAAPA). During his studies, Jack played Herman in Sweet Charity, Joey Primo/Ensemble in Rock of Ages, and David Posner in The History Boys. Other highlights include Tommy/Merv as well as Dance Captain and Swing in Strictly Ballroom The Musical, and David Understudy/Ensemble in Company. Upon graduation in 2019, he was the recipient of the Music Theatre International Australasian Award.

Since returning to Aotearoa, Jack’s performance credits include Madagascar the Musical, Cinderella (GMG Productions), The Isolation Mixtape Vol. 2, and He Says, She Says (Blackboard Theatre Collective). He was assistant director for On the Town at NASDA and Elf Jnr at JK Performing Arts. Jack has appeared in many productions for Showbiz Christchurch, and in Coca- Cola Christmas in the Park. When not performing, Jack loves working as a music theatre creative and dance tutor, putting his passion back into the community.

This is Jack’s third show with GMG Productions, and is excited to be bringing pantomime back to Christchurch in Beauty and the Beast. 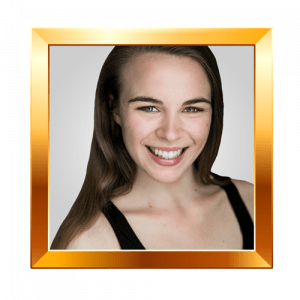 Lucy graduated from the National Academy of Singing and Dramatic Art (NASDA) in 2020 with a Bachelor of Performing Arts (Music Theatre).

In 2019 Lucy attended the New Zealand Singing School and had the opportunity to work with an international faculty and was awarded the Sewell Family scholarship for ‘Most Promising Music Theatre Student’.

Lucy is a proud member of Equity New Zealand. 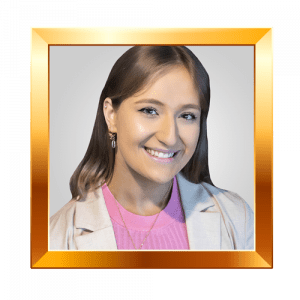 Nellie is in her third year at the University of Canterbury studying towards her Bachelors of Law and Science.

Since a young age, Nellie learnt various styles of dance at Southern Ballet, graduating with a Performance Diploma in both Contemporary and Jazz. Nellie’s love for musical theatre has grown through her family roots in the industry, with her late Grandmother Dame Patricia Evison always encouraging her to keep performing.

Her theatre credits include Showbiz Christchurch’s Wicked, We Will Rock You, Broadway Hitmen, and The Music of Andrew Lloyd Webber. She has been involved in various local performances including Moonlight Theatre’s debut Moonlight Cabaret, The Entertainment Company’s Nouvelle and GMG’s own Cinderella in 2020. 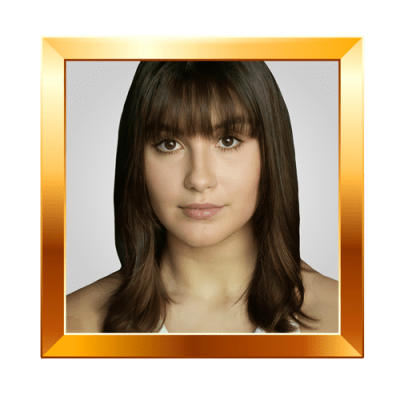 Geena made her professional debut in 2014 playing the role of Pepper in the international touring production of Annie (Lunchbox Theatre Productions) performing opposite Mig Ayesa and comedy legend Su Pollard.

Geena’s previous theatre credits include understudying the titular role of Mary Poppins at Auckland’s Civic Theatre (G&T Productions), Peggy Sawyer in 42nd Street (Centrestage Theatre Company), Sandy Dumbrowski in Grease (Centrestage Theatre Company) Heather MacNamara in Heathers (North Shore Music Theatre) and We Will Rock You. In 2018 Geena was awarded a scholarship to perform in the Broadway Dreams New York Showcase directed by Spencer Liff and was invited to perform again the following year in 2019. She was also awarded the John Antony Memorial Scholar award at the 2018 NAPTA ceremony acknowledging both her dedication and commitment to musical theatre.

Now 20 years old, Geena is continuing to develop her potential as a performer and is currently working towards furthering her tertiary education overseas. She was accepted into both WAPPA and NIDAs Diploma intake for 2021; two of Australia’s most prestigious performing arts programs. She has however chosen to defer her decision until 2022 and is thrilled to be working with GMG Productions again this year and the wonderful cast of Beauty and the Beast. 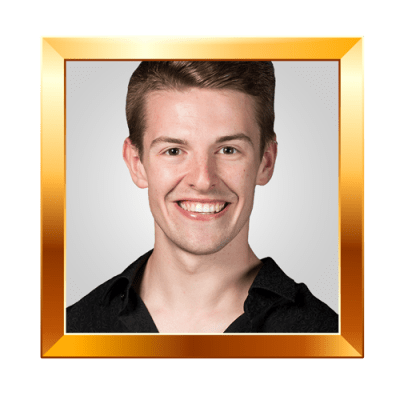 Bryn has recently completed his Bachelor of Performing Arts (Musical Theatre) at the National Academy of Singing & Dramatic Art (NASDA). Originally from Dunedin, he has been heavily involved with the arts, featuring in Grease: The Arena Spectacular (Eugene) & the Fortune Theatre’s Into The Woods (The Steward). 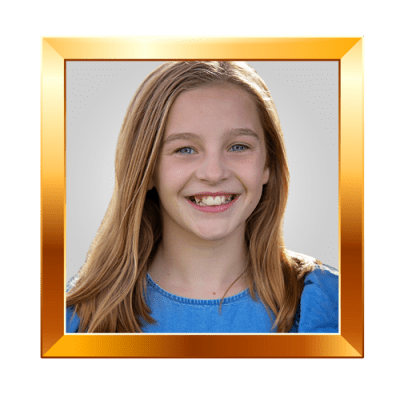 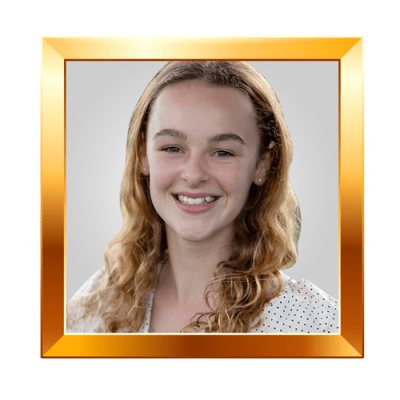 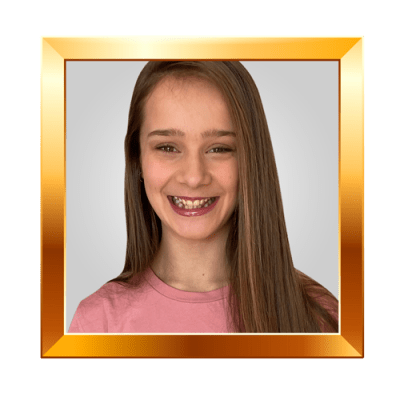 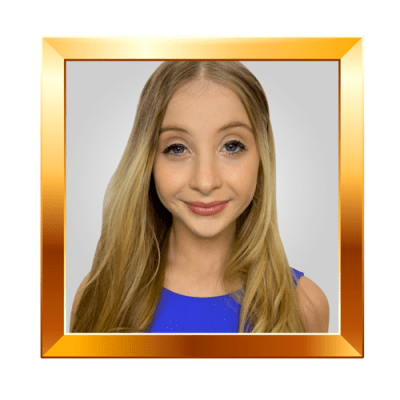 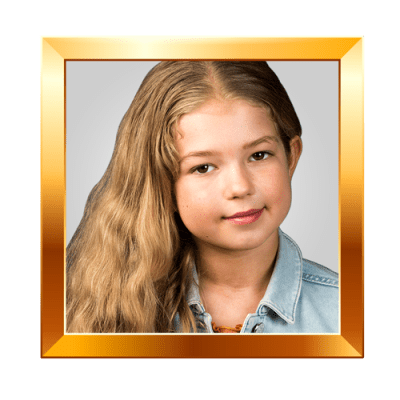 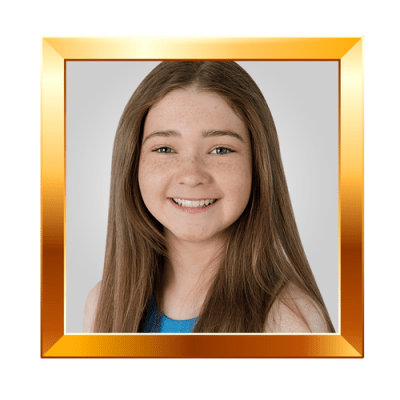 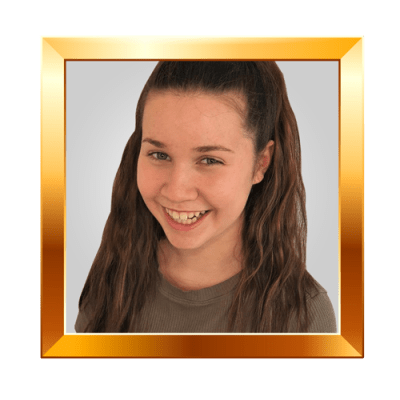 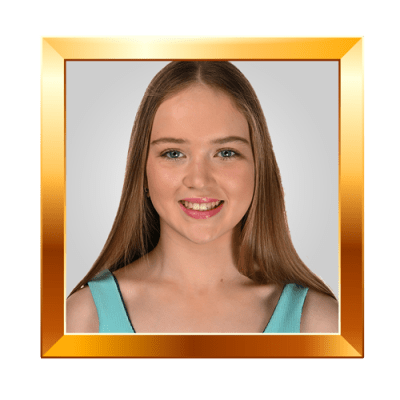 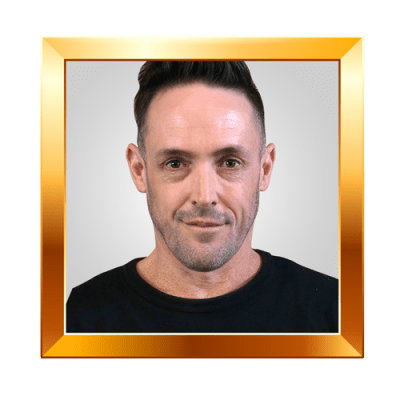 Gregory has been a professional actor, writer and director for over 25 years. He began his career at The Court Theatre in Christchurch and wrote and directed some of their earliest school holiday productions. Since then his children’s shows have been produced and toured by numerous companies including The Fortune Theatre, New Zealand Playhouse and Australia Playhouse.

In 2014 he wrote and directed Mark Hadlow’s one man show MAMIL (Middle Aged Man In Lycra). Since then the show that has been performed over 250 times nationwide with interest from Australian and UK producers to take offshore. He was also commissioned by the Royal New Zealand Navy to write The Complete History of the Royal New Zealand Navy for their 75th Anniversary Celebrations in 2016.

In 2015 he co-wrote That Bloody Woman, a musical about Kate Sheppard that played to capacity audiences at the Christchurch Arts Festival, Auckland Theatre Company and The Court Theatre before touring nationwide.

In 2016 his latest show The Streaker was staged by The Court Theatre and Centrepoint Theatre in Palmerston North.

Most recently Gregory has directed Steel Magnolias and O Le Malaga Fa’a’atua (The Journey of The Gods) for The Court Theatre and has also been commissioned to write a new main stage show entitled The United States of Aotearoa.

Mark is a known theatre practitioner with a wealth of professional experience. His professional piano & keyboard credits include the international touring productions of ‘Wicked’, ‘West Side Story’, ‘Aladdin’, ‘School Of Rock’ and ‘The Book Of Mormon’ as well as large local productions of ‘Phantom of the Opera’, ‘Mamma Mia’, ‘Evita’, ‘We Will Rock You’, ‘City of 100 Lovers’ and ‘Sister Act’. 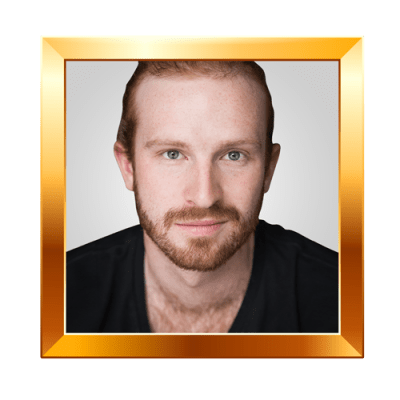 Originally from Christchurch, Andy is in high demand as an actor, singer, musical director, composer and pianist. He graduated from NASDA in 2013 and was based in Auckland for 5 years. For the Court Theatre, he performed in AMADEUS, was Musical Director for THAT BLOODY WOMAN, following it’s Auckland Theatre Company and Christchurch Arts Festival seasons, and had his musical, SAUCERY, written with Will Robertson, read at the Mid-Winter Readings.

He was the Musical Director for ROCK OF AGES, for Christchurch’s Magnitude Productions, and for TWISTED and HUNGOVER at Basement Theatre. He also performed in BILLY ELLIOT for Auckland Theatre Company.

He has also composed for, and played in numerous shows with Tim Bray Productions and was the resident Musical Director for HOTSPOT, a monthly cabaret event. He accompanied Zuleka Khan for her cabaret ‘TRIAGE!’ in 2018, which was awarded Best Cabaret at the Auckland Fringe Festival. He co-wrote and performed in PUSS with Nomi Cohen as part of the NZ International Comedy Festival 2018, and was the Musical Director for KEEP OUT OF MY BOX, with Torum Heng at the 2016 NZICF. He was the Music Director for ‘Bublé, You Bastard’ with Fergus Inder at The Piano earlier this year.

Andy completed his Masters in Musical Direction at the Royal Conservatoire in Scotland in 2019, and is now based in Christchurch. He can be found at @andyxgrams on insta. 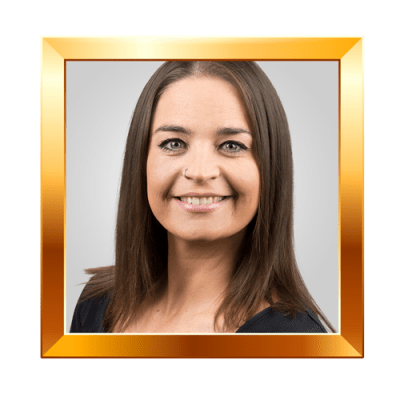 Gemma is the owner of ‘That Dance Studio’ in Christchurch. She also works at The National Academy of Singing and Dramatic Arts (NASDA) where she has been teaching for the past 13 years.

After studying at ED5 International in Sydney she moved back to Christchurch where she was the assistant to the choreographer in Showbiz Christchurch’s production of Joseph and the Amazing Technicolour Dreamcoat and was dance captain in Hairspray (Showbiz Christchurch).

Gemma was also dance captain and associate choreographer for Legally Blonde the Musical in the Court Theatres 2016/17 season.

She has choreographed routines for herself and her students in Coco Cola Christmas in the Park 2010 – 2018.